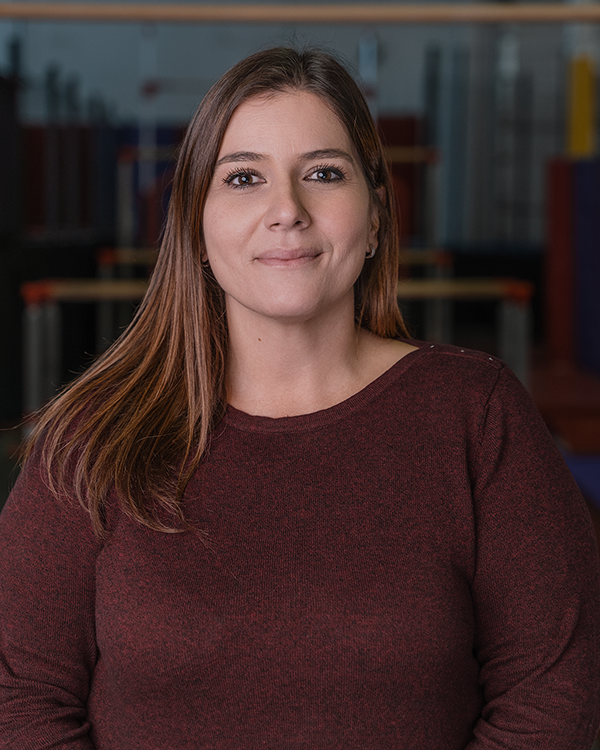 When JuliaTamburrini’s daughters were a little younger, she wanted to enroll them into an extra-curricular program that promotes physical fitness, confidence and balance. Gymnastics seemed like the perfect fit so Tamburrini sought out to investigate a number of different schools and gyms in the area.

Tamburrini looked into countless clubs and became frustrated “We tried some schools that were way too competitive & no fun,” she said. And we tried some places that were basically empty strip mall retail-spaces with rubber interlocking mats, a few foam blocks, and a banner hanging over the entrance that exclaims “Gymnastics!”

“None of these clubs seemed to strike the right balance which I found Ironic because balance is at the heart of gymnastics,” said Tamburrini “I wanted a school that would help my girls become better young women both on and off the mat.”

“There were really no good options,” continued Julia, “So I said ta’ Heck With It! I will just open one myself and make it the best gymnastics gym in the GTA,” she concluded.

In September 2014 High Flyers Gymnastics opened its doors in Vaughn, ON.

High Flyers offers a comprehensive gymnastics program that develops:
flexibility, strength, endurance, coordination, self-confidence, mental agility and discipline. AND FUN. Fun is always a factor – whether it’s in the Competitive Program (by Invitation Only), the Recreational Program or any of our Camps.

High Flyers is a Gymnastics Ontario approved club and is committed to providing a safe, injury-free environment.

My son has never really enjoyed a sport as much as gymnastics. This club has provided him a great experience. Thank you to the great coach!

Sanjay Kumar
02:25 02 Nov 19
The staff and owner at this club is exceptional. They focus on creating a sense of belonging among participants as well as skill development.

Sabrina Mazzotta
19:19 02 Nov 19
My children just began gymnastics this past September at High Flyers. They came from a previous gym locally which was not a very pleasant place. To start off High Flyers came highly recommended from a good friend of mine. I have nothing but good things to say, first off when I came in to register my children I was greeted by a lovely person who took her time to explain the registration process & was kind enough to take me for a tour. My children not only enjoyed their first couple classes they begged & begged to come a second day. They have been attending only 1 month and progressed tremendously. My kids are much more confident and developed a passion to a sport I thought they would never have. Thank you High Flyers for the time & effort you have put into my children, we will be with you for years to come!

Susan Pallotta
02:34 06 Oct 19
Absolutely one of the most amazing clubs I have ever been too. My son started back in September in a recreational class he has now joined the boys competitive class and has grown so much in such little time. Amazing trainers, amazing owner. This gymnastics facility runs the best recreational and competitive programs.

Elise Elise
23:39 10 Feb 19
My daughter is doing excellent at High Flyers Gymnastics, her coach Holly keeps her focused and on track. Julia is very understanding and always tries to accommodate you in every way she can.

If you never leap, you will never know what it’s like to fly!

Have a question about classes, payment options or would like a tour?